The Leveson Inquiry: rumours and batty arguments abounding, and a cautionary tale from Australia 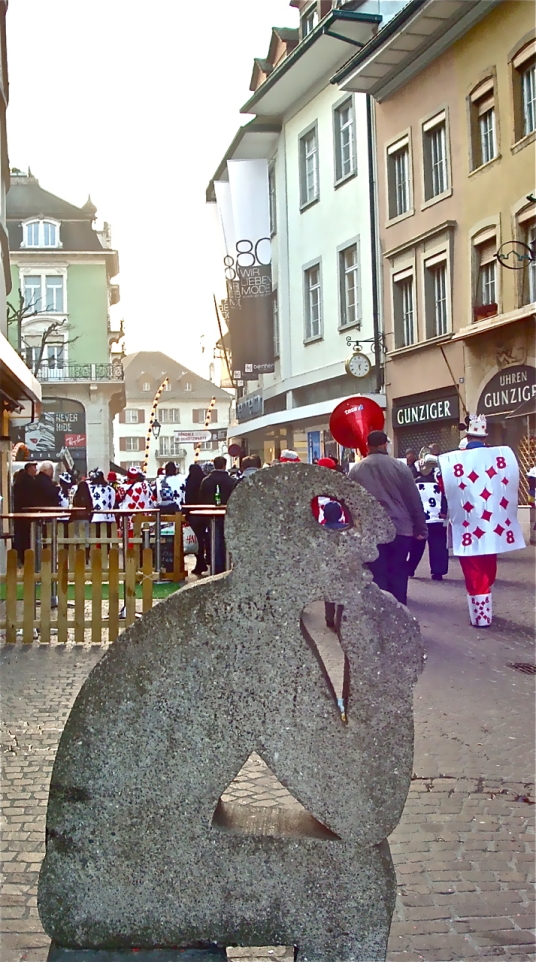 We know that Lord Justice Leveson is pondering mightily; we hope that he is still pondering well
Photograph by postgutenberg@gmail.com 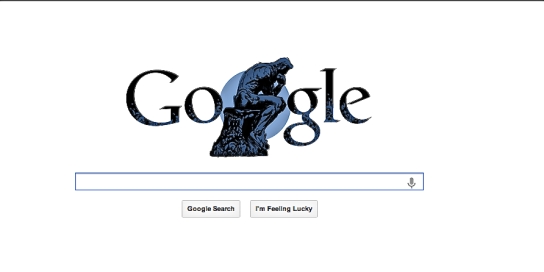 If the rumbling from the leaks-and-rumours mill is right, Lord Justice Leveson is going to recommend, in his report expected any day now, that the press needs statutory regulation.

As we have argued in a series of posts (for instance, this one), the transition to post-Gutenberg publishing makes all such rule-making pointless – the 21st-century equivalent of rewriting the regulations for monks hunched in scriptoria when the clattering, new-fangled presses of Johannes Gutenberg had already doomed to virtual irrelevance not just hand-lettered manuscripts but religious authority over human life.

If the editors of any leading newspaper are convinced, as we are, that the best way to keep journalism honest is to open the doors wide to online competitors, they are being awfully quiet about it.

In the ever less exciting wait for Leveson LJ to part the kimono on his conclusions and recommendations, the arguments being used to oppose the rumours we find so disappointing grow curiouser and curiouser.  Even The Observer appeared to have noticed this, in a column at the weekend, but when we read below the sniffy standfirst — ‘In an exploding digital age, arguments about press regulation are simply becoming silly’ — we found that Peter Preston  did not mention the decidedly odd shape of one missile launched at ♯Leveson (a Lunchtime O’Booze-grade weapon?) by another newspaper. This was in an unsigned editorial — ‘Telegraph View’:

One argument often advanced in its favour is that since the broadcast media are controlled by a statutory body, why should the press be different? The answer is that if people don’t like a newspaper, they need not buy it, whereas TV programmes are beamed directly into most people’s homes whether they want them or not. This distinction has long been recognised in law. To seek to bring the press under statutory regulation will impair freedom of speech and the liberties of the subject, however much MPs try to gild the lily.

What?… spluttered post-Gutenberg, all but choking on an apricot-and-almond brekky bar, during an unexpected visit to the Southern Hemisphere. No on-off buttons on British tv sets, then.

A quick check online confirmed that the real reason why broadcasting media are regulated but newspapers are not, is rather different – as Eve Solomon records in her excellent UNESCO paper on the subject:

[W]hat is the overriding rationale, the reason for regulating broadcasting as distinct from other media, say newspapers and magazines, or the internet?  The main justification argued by governments is that broadcasting uses spectrum, and spectrum is a public resource, allocated to nations  in accordance with complex international agreements.  As such, it is a scarce resource: there is only so much spectrum available for broadcasting use in each country. And therefore, because it is a scarce resource, it is valuable. Even though digital broadcasting is increasing the number of radio and television channels which are  available, there is still not an infinite supply. It is therefore reasonable for the State, as the owner of spectrum, to place obligations on broadcasters who use that resource.

The mechanism used for placing obligations on broadcasters is generally through licensing.

And the reason why the Telegraph editorialists do not know this is — ? Hmm. We can only guess. Perhaps they do, but the trauma of anticipating statutory regulation has befuddled their brains.

Australia shows exactly what is likely to happen in Britain if the scriptorium –- sorry, we mean, conventional press, is handed new rules for proper behaviour, and threatened with legal consignment to a grim and sunless naughty corner:

AS the Gillard government finalises its overhaul of media laws, division between ministers and Julia Gillard has led to a watered-down set of proposals …

There has been no cabinet deliberation on a submission dealing with media reform; nor has there been any discussion as part of the regular strategy sessions within cabinet on substantive proposals.

While the Finkelstein inquiry proposed a statutory-based and government-funded industry super-regulator to be known as the News Media Council, the government is likely to reject this proposal. A senior government source describes the proposal for a media regulator as “all but dead”. …

… In other words, fight or no fight, the Finkelstein Inquiry seems most likely to be written off as a complete waste of time. It would be sad indeed to see ♯Leveson come to an equally sorry end.