How do you discover the actual origin of a bug — such as ‘surveillance capitalism’ — when its history as a feature is all but lost? Could a better Wikipedia help? 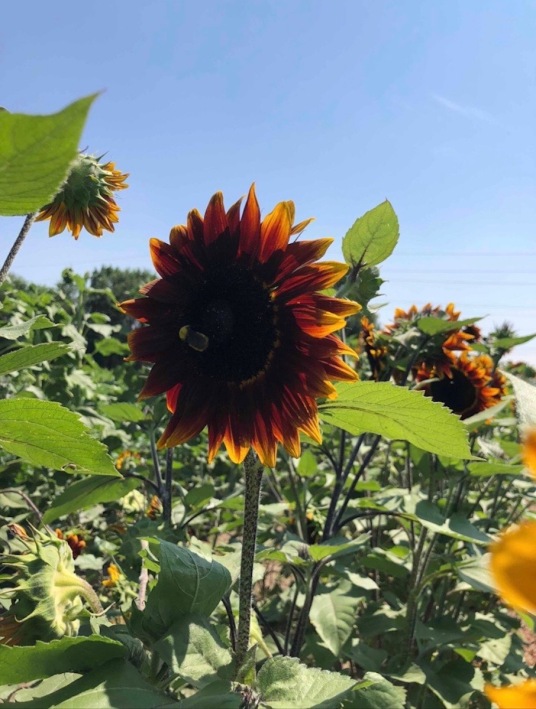 Bug or feature? (at the edge of the flower’s dark centre) The shadowy face of advertising aimed at us as individuals — ‘micro-targeting’ —  makes it hard to learn about its idealistic beginnings. Photograph: Jacki Holland

If Google did not invent the phenomenon now being referred to as  ‘surveillance capitalism,’ who did? part 2 ( part 1 is here )

Is the digital revolution moving too fast for academics to keep up? You could call the question mission-critical because the (possibly) inadvertent errors of some scholars are influencing regulators and law-makers drawing up rules for the digital economy. It follows naturally from the last post here on pG , which pointed out that Shoshana Zuboff is wrong to declare that Google pioneered the milking of unsuspecting internet users for our data; the routine extraction of intimate information about us and our lives in a system that she and various others have for some time been calling surveillance capitalism.

In a piece for Fast Company a year ago, Professor Zuboff said that Google invented it …

… more than a decade ago when it discovered that the “data exhaust” clogging its servers could be combined with analytics to produce predictions of user behavior. At that time, the key action of interest was whether a user might click on an ad.

But the Pepsi market research project using electronic beepers described here last month had the identical, advertising-oriented aims and contained almost all the components of today’s commercial surveillance, even if its technological tools were less sophisticated and intrusive.

It was completed in 1996, two years before Google was even incorporated in September 1998. Pepsi deployed the beepers to track, survey and assemble detailed taste and preference profiles of 50,000 young customers, stretching far beyond their soft drink consumption, and traded this information with twenty other companies — which also used the data to design more powerful, less resistible, advertisements for their products through what eventually came to be known as micro-targeting. It was attacked by outside observers sounding exactly like today’s critics of commercial surveillance for intruding on the privacy of its project’s participants.

The secretiveness about tools and data-milking methods of Google and other search technology giants  — as well as virtually every other company doing business on the internet — has warranted  their deeply negative portrayal in the media and scholarship. But most of the critics condemning them either failed to explain — or simply did not know — that the unwanted bug that they constitute, collectively, was lauded almost a quarter-century ago as a benign, intensely desirable prospective feature of the internet as it began to take off.

In a 1997 interview published in Wired, Tim Berners-Lee actually made such a prediction after a question from his interviewer, Evan Schwartz, about whether the advertising already starting to saturate the web was one of the undesirable, ‘unexpected turns’ that his creation had taken:

… Marketing on the Web is going to be a lot more humane than marketing in traditional mass media because it’s possible to treat people individually. If I’m interested in buying a canoe, I can say, “Hey guys, I want a canoe.” I can float that onto the Web. Then other people can satisfy their own interests by selling me a canoe, not to mention inviting me to a newsgroup about good places to go canoeing.

Of course there is no such negotiation — an innovation we must hope can soon be regulated into existence — but you will not find those early thoughts of TB-L on the subject by typing ‘Tim Berners-Lee advertising’ into a search box. Search results reflect the marked shift in his opinion on the subject, encapsulated in a Google listing of a 2019 article in Fast Company in which he spoke out against ‘advertising-based revenue models that commercially reward clickbait,’ and characterised these as one of ‘the web’s 3 biggest cancers’.

This pG site’s reminder of that chat with TBL is a printout sitting in a cardboard box in a garage. Its neighbours in its file include notes from unpublished conversations with Silicon Valley executives the following year, in which they described rapidly evolving marketing methods closely coupled to product design and improvement tailored, like Pepsi’s, to swift feedback from customers — only far more frequent, and well on the way to becoming today’s nonstop monitoring. As senior marketing managers at a small software startup — selling a system used by employees of other companies — said:

Part of our beta process that we’re doing right now is we have customers actually giving us feedback on the product as we develop the product […] and the engineering is responding to it and we go back to the customers [… who are … ] essentially involved in our design with us. […] These people and what do they want is really what the issue is […] and we’re just monitoring it all the time. All the feedback goes into a web form and then, boom! gets screened like two or three times a day by product marketing and engineering to figure out […] major product changes or directions …

Hunting for such information about Silicon Valley marketing in the Wikipedia entry titled ‘Surveillance Capitalism’ would do no good, even for those readers who make it past the excruciating, jargon-laden first sentence on its background — ‘the intensification of connection and monitoring online with spaces of social life becoming open to saturation by corporate actors, directed at the making of profit and/or the regulation of action.’

Neither is there any allusion to it except in the vaguest terms in the online encyclopedia’s pages devoted to ‘Digital Marketing’  or ‘Interactive Marketing.’ Under ‘Surveillance Capitalism,’**  there is no trace of optimistic early expectations for it, such as TB-L’s enthusiasm for ‘humane marketing’ — although the entry does make a passing reference to ‘self-optimization (Quantified Self)’ as an instance of ‘various advantages for individuals and society’ of ‘increased data collection’ — and whose own page describes ‘a community of users and makers of self-tracking tools who share an interest in “self-knowledge through numbers.”’

How could Professor Zuboff have missed a prototype as large and substantial as the Pepsi project, also unmentioned in any of those Wiki pages dedicated to high-tech marketing? She would have had to do field research in Silicon Valley to avoid her error of crediting Apple and Apple alone for capitalism tailored to the needs and predilections of individuals — passing over that swiftly in a strictly abstract, generalised passage of The Age of Surveillance Capitalism (2019) about an evolutionary trend, beginning with Henry Ford, for companies to serve ‘the actual mentalities and demands of people.’

At one juncture in her book, she seems to be saying that she could not do any immersive research on the topic because Google, all too predictably, would not permit this: ’[O]ne is hard-pressed to imagine a Drucker equivalent [ Peter Drucker, the still unsurpassed Austrian-born theorist on business management ] freely roaming the scene and scribbling in the hallways.’ But Professor Zuboff plainly did not know enough to realise that Google was not the place to look for answers about the origins of the relentless commercial surveillance loop, or that there were rich sources of information about its practices elsewhere in Silicon Valley.

How can scholars — and all the reviewers of her book who failed to correct her misattribution of its invention to Google — avoid this sort of mistake in future? Defects in our collective treasure-house of knowledge?

Could an even better version of the collaborative, still indispensable, still miraculously non-commercial Wikipedia be the answer? Larry Sanger, its co-founder, who long ago left that institution, has been hatching plans for an improvement he is calling the Encyclosphere, and outlined in a lecture at a conference in Amsterdam last autumn. He has promised generously to answer questions about it from almost any competent writer, and perhaps will tackle the pair in the header for this post.

2 thoughts on “How do you discover the actual origin of a bug — such as ‘surveillance capitalism’ — when its history as a feature is all but lost? Could a better Wikipedia help?”