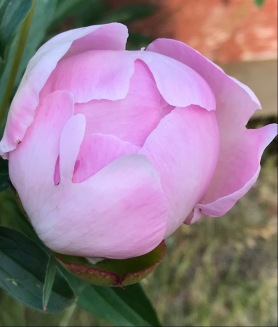 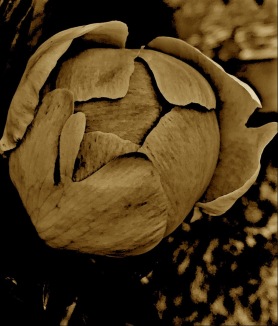 ’Letting a hundred flowers blossom and a hundred schools of thought contend is the policy for promoting progress in the arts and sciences … ‘ — said Chairman Mao, in a speech in Beijing on 27 February 1957. Chinese society has since evolved in precisely the opposite direction — as most Chinese would concede, whether for or against the policy reversal. Centralised authoritarian power in the shape of government interrupted the blossoming of Chinese culture, here symbolised by a peony — a flower native to China. Are we in the West going to let increasingly centralised and concentrated Big Tech roll back the internet’s supremely democratic, unprecedented flowering of creativity and freedom of speech — conceivably, in an unholy collaboration, soon, of government and commerce?

The point of this post on pG is to create a record of the unsettling deletion this summer of a crucial memorialisation of the 2019 Social Media Strike — almost on a par with authoritarian governments writing out of history not just evidence of atrocities linked to them, but world-famous leaders and activists and their causes. The  perpetrator of this erasure is bizarre — the Wikipedia, or the net’s most generous gift to the congenitally curious, after search engines. Others have surely noticed the wiping-out — even if  repeated search queries have failed to yield any signs of shared noticing and dismay.

Some time in early summer, Larry Sanger, a computer scientist and web entrepreneur, began to broadcast an invitation to join a first-ever mass protest, slated for 4-5 July, against the ever more alarming concentration of power and intrusions into our lives on the largest internet platforms — such as Facebook and Twitter — that governments have so far left mostly unregulated. These are the platforms and phenomenon now referred to as Big Tech.

This pG site echoed the Sanger appeal. Though no one connected to pG can write computer code or has any qualifications in computer science, that response put a website dedicated to exploring ideas for the future evolution of publishing on the same side as the technorati (technical + literati) or technocratic elite — and notably out of step with traditional, conventional media.

To be clear, those most aware of and best equipped to understand the deadly risks for us all in Big Tech power acted to support the strike. A shocking number of those who control the biggest megaphones for getting out the word about it did not.

This is easily seen in the links that search engines supply for ‘social media strike 2019’.

Compare these lists of web sites that either did or did not advertise or commemorate the strike in any way — unless pG has missed something, through incompetence (that readers are invited to complain about by leaving a comment below):

NO MENTION OF 2019 SOCIAL MEDIA STRIKE:

In addition to to their regular features and editorials on, and (/or) diligent reporting about Big Tech’s dark side, these publications frequently run op-ed analyses of that subject by outside experts  — which makes their shunning of the strike all the more interesting.

Reddit’s r/technology subreddit — a section of the forum popular with the technorati, which has millions of members, and went dark for 24 hours to support the strike. https://www.reddit.com/r/technology/comments/c7g36c/social_media_strike_proposed_for_july_45_by/

Most curious of all was the treatment of the strike by the Wikipedia. Even before the event, it was given its own page in the online encyclopedia, which read as follows — in clear if inept prose, like sentences supplied by Google Translate on a bad day — just after midnight in California on 4 July 2019:

2019 social media strike is an upcoming pre-planned proposed potential strike on 4th and 5th of July 2019 advocated by former Wikipedia co-founder Dr. Larry Sanger coinciding with the Independence Day of the United States (on 4 July 2019) against the social media tech giants over data control.  It is supposed to be a two day strike inviting the social media users to switch off their access to social media platforms mainly such as Facebook and Twitter. The motive of the strike is to demand for the social media platforms to be decentralized from the top level management to the social media users in order to have the firm control over the data and also to solve the problems related to data privacy. [ pG’s highlight ] He also requested the volunteers to join him during the course by boycotting the social media networks on 4th and 5th of July 2019 or at least on either one of these mentioned dates. Larry Sanger is critical of the social media administrators over the misuse of users data and questioned the failures of them in solving the problems related to data privacy.[

The former Wikipedian also created a blog on his official website #Social media strike and also created an own petiton with the named titled Declaration of Digital Independence as a key to inspire the social media users to join him during the strike. He requested the volunteers those who are wishing to take part in the strike should sign in the relevant petition including the e-mail addresses in order to verify that they are legally taking part in the social media strike. The petition has gathered more than 1500 signatures as of 3 July 2019, a day before the strike.

But today, on 30 September 2019, that text is nowhere to be found in the Wikipedia. All that remains is this notice:

Scrolling down to the bottom of this ghostly document reveals that the original entry for the strike was deleted on 22 July 2019, after an ‘Articles for Deletion’ debate by Wikipedians.

In their jargon, which is not wholly impenetrable, these were the winning arguments that justified the expungement:

Failed ‘notability requirements’ — really? Despite the strike’s respectful and intelligent coverage by the BBC and the online version of The Daily Mail? The former happens to be ‘the world’s largest news website,’ and the latter ‘the most visited English language newspaper website in the world,’ according to careful citations in — who’d have thought it! — Wikipedia articles about them ( here and here ).

And if the strike did fail, so what?

Some of the most transformative social movements in the story of homo sapiens have had a feeble, damp-squib start. For a topical example, think of little Greta Thunberg and her campaign for action on climate change. As Bloomberg pointed out last week, the 16 year-old native of Sweden has turned around an environmental movement in Austria that was ‘frozen out of parliament just two years ago.’

So what explains the social media strike’s dissing by media heavyweights — and the Wikipedia’s erasure of the movement’s sputtering start?

•Mainstream media live in terror of falling foul of e.g.., Facebook and Google. Consider, for instance,The Financial Times  — one surprising newspaper on the list of the unsupportive — which has run no end of thundering indictments of Big Tech by its editorial writers. Yet for reasons that must surely be related to some form of financial compensation by the search engine giant (unless pG is hallucinating), FT.com offers readers the option of signing in via Google or its own digital gatekeeper — which presumably lets Google collect data about exactly what some readers do on the site, every time they use its sign-in box. Information beginning with exactly who they are; their political opinions; personality and psychological profile; allies and enemies.

• Internal Wikipedia politics. Larry Sanger — the strike leader — was a co-founder of the net encyclopedia but left the organisation after a well-known disagreement about its evolution and ‘business model’. Could lingering resentments be part of the explanation for the decision to wipe the strike out of the record?