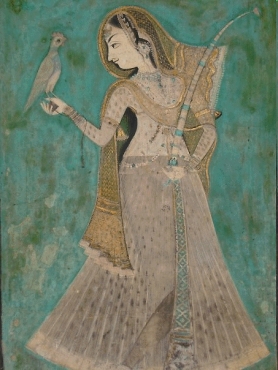 ‘That day, the sun rose in the west.’

Fogeyish old media hacks in every age bracket — for instance, Mic Wright of the Telegraph, who looks as if he might be waiting to turn twenty-one — treat as equally unreal the idea that reader-commenters on newspaper sites can offer rare, crucial insight. ‘Comments are the radioactive waste of the web,’ the Telegraph blogger said.

Do these bigots ever stop to consider that because commenting on the web crosses national and cultural borders it has become an innovation no thinking person would want to live without? That is one reason why the logistical impossibility of also maintaining a comments section in this spot has been cause for real grief, at post-Gutenberg.

To experience the high-wattage illumination that spontaneous, trans-continental commentary can supply, consider the subject of poetry in translation.

An email notice from The London Review of Books the other day about a series of translation master-classes in honour of International Translation Day (30 September) gave us an excuse to re-read a four year-old debate in the comments about a blog post on the site of a London newspaper.

The commenters’ fight began with opinions about the appeal of Edward Thomas, the World War I poet, whose emotional restraint and sparing use of adjectives and adverbs had been lauded in the post. Later, joining the discussion, the post’s author implicitly compared the Welsh sensibility of the poet’s ancestors with her own English cultural tradition. In tones of thinly-veiled disapproval, she characterised as ‘typically downbeat’ the two Thomas poems about rain to which her text was an introduction.

The critic is an academic of strikingly conventional views whom we will call C.A. in highlights of the discussion that we are featuring below.

A particularly incisive commenter we will refer to as S.A. took exception to the assumption that painting in emotional pastels was necessarily a virtue. He insisted that this preference should be acknowledged as an English cultural bias — of which C.A. appeared to be oblivious. Furthermore, rain — he argued — was not universally perceived as depressing: far from dampening spirits, in hot, dry regions in the tropics, it is experienced by those who live there as poetic.  To that, post-Gutenberg would add that its associations in India with romantic love and passion are easy to see in the many Moghul miniature paintings on these themes in which thunder and clouds appear in the background of pictures depicting lovers, or maidens lost in romantic reverie.

S.A. went on to make a series of comments on the rain poems, their author, and his academic critic on the newspaper’s site that were far richer and more engaging than any literary criticism post-Gutenberg had read for years. He offered, for comparison, a snippet of ‘Varsha Mangal,’ verse about a monsoon deluge by Rabindranath Tagore, India’s most revered poet — who has, in his native Bengal, the same standing as Shakespeare does among English-speakers.

S.A. was known by regulars among his fellow-commenters as a descendant of English and Central European stock, but born in South Africa.  He said that he and his Mexican wife enjoyed listening to recordings of Tagore reciting his own verses – even though neither of them spoke, or was literate in, Bengali.

He was challenged, in this commenters’ debate, by I.P., our initials for an Irish writer of minimalist, experimental poetry. Arguing from much the same academic orientation as C.A., I.P. endorsed virtually all her prejudices.

Among C.A.’s and I.P.’s opponents were two debaters offering no biographical information, whom we have renamed M.W. and S.E.. After S.A. playfully posted a re-translation of ‘Varsha Mangal,’ omitting its many adjectives, the proudly chauvinistic C.A. said that she much preferred the stripped-down version as a serious, not just larky, translation – to M.W. ‘s horror.

M.W.  What you propose would be like rewriting Joyce to read like George Orwell. Both excellent styles and writers — but ridiculous, no? The verbal excessiveness and flourishes you mention are quintessentially Bengali.

S.A.  Is simplicity of language an English Reformation thing. Is it Calvinist, I wonder. Were British poets more rococo before the reformation? Perhaps in eschewing the florid we are just scared of the Epicurian.

C.A. Oh dear, I rather liked the pared-down Tagore. The elaborate language, however fine and right it is in Bengali, is heavy-going in English. I always avoid him.

I.P.  Would Edward Thomas have cheered for England or Wales?

C.A.  I think he’d have supported Wales before 1914, and England after. […] Perhaps relevant to the ‘which side would Thomas have supported’ question: ‘I do not believe in patriotism, in times of peace or war, except as a party cry, or the result of intoxication or an article in a newspaper, unless I am in Wales.’

[ A commenter posts an impish parody of Thomas’s verse – in the spirit of S.A.’s doctored ‘Varsha Mangal’. C.A. turns livid. ]

S.A. You didn’t mind simplifying Tagore, whereas I am sure had my wife read my smudged Tagore, she would have been really pissed off too.

C.A.  No, the Tagore simply altered the adjectives, nothing in the contents or context. I defend Thomas’s right to believe in what he believed in and not have it re-written by silly twats.

M.W. Since we’re on the subject of comparisons, do you have any basis for comparing your understanding of how Tagore’s poem should read with the translation [S.A.] posted originally — which retained the poet’s ultra-Bengali adjectives? Do you know enough about Bengali literature to pronounce those adjectives dispensable?

You’ve spent a lot of posts analysing what a foreigner might consider sub-microscopic distinctions between Englishness and Welshness, even if we know exactly what you mean. Don’t the differences between the equally distinct cultures of India – and between any of them and Englishness — deserve as much respect? . . . And while we’re discussing criteria that might be anachronistic, how about reflecting that Tagore won the Nobel prize in 1913 when flowery prose had many more admirers everywhere?

… Sorry if I’ve over-interpreted you, but you have argued more than once — apparently in earnest — for turning Varsha Mangal into Varsha Mangle.

C.A. The Tagore was a translation … It’s accepted that translations will be of many degrees of fidelity. There’s one big proviso, of course, which is that the translator explains honestly what he or she is doing with the original and why. […] I believe it’s important to create versions of foreign-language poetry that work in modern English, at least if you really care about that poet and want to introduce new readers to the work. […] Perhaps it would win Tagore more readers if modernised versions of his work made by contemporary poets were available.

M.W. Ah, yes. The results of what you propose are perfectly summed up in this remark by the young Chinese pianist Lang Lang in today’s Observer:

‘[O]ne composer said to me, ‘I want Bach meets tango, and hip-hop meets Beethoven’ – both great ideas, but then I heard the music. Where’s the Beethoven? It’s like fusion food: mix French and Chinese dumplings – and it tastes like cat food.’

M.W. I certainly agree with you, … but if you follow [C.A.]’s rules for translation, I suspect that both dumplings and quenelles become meatballs.

C.A. If I wanted to make quenelles but couldn’t get (let’s say) the right kind of fine flour or oil in my benighted English village, I might well end up making meat-balls.

I.P. I’d suggest that the Joyce/Tagore comparison is one of the clearest examples of the Nobel crowd getting it very, very wrong. Personally, I find Tagore (in English at least) unreadable, almost a joke. Is anyone here qualified to comment on the Bengali originals or the fidelity of the “original” translations?

As an aside, I’m not sure that respecting the author’s intentions should be an ambition for the translator of poetry, or at least not when translating anything more than, say 50 years old. Translation works best, I think, when it is an act of renewal. [post-Gutenberg’s emphasis]

S.A. But it was an Irish poet, Yeats, who made Tagore internationally. He is the one who gave Tagore, in translation, his poet’s baptism.

The key here, I think, is the word “international”. Try and translate Joyce’s wordblends impressionistic syntax into another language and maybe you can understand why the Swedes didn’t get it.

I.P. I remain to be convinced that Tagore’s writings demand anything like the same degree of respect that Joyce’s do.

M.W.  Who are you to judge? You don’t read Bengali.

‘I’m not sure that respecting the author’s intentions should be an ambition for the translator of poetry, or at least not when translating anything more than, say 50 years old. Translation works best, I think, when it is an act of renewal.’

Just FIFTY years. Really? Time to renew/rewrite Joyce, then? — so that he’s accessible to, say, people who text more than they read or write?

S.E. [ a commenter pretending to be a Spanish-speaker struggling to communicate in English ] The Tagore’s Bengali should be retranslated perhaps into another Baroque version, that would mean more fidelity to the Baroque quality of the Bengali original… I think Juan R. Jimenez and wife retranslated Tagore into Spanish with huge success, since these versions keep been republished.

M.W. This is genuinely interesting.

It could be that Bengali is deeply incompatible with English but much less so with other languages — and there might be even a particular sympathy between Spanish and Bengali. I was trying to find a book of Octavio Paz’s on my shelves to quote … , so wasn’t surprised to find him on this wiki list of scribes apparently influenced by Tagore:

. . . not a single writer in English among them.

S.E.  I mean, translating Tagore is regarded as a greatest challenge, as worth of merit as Finnegans’ [sic] Wake.

[ … A few days after her ferocious defence of a translator’s right to chop off Tagore’s verse at the knees, the academic authority on poetry returned to the subject. Surrendering to her opponents, she announced a grand mea culpa. ]

C.A.  Just quickly on translation again – it was (in connection to [S.A.]’s re-write) the use of the word ‘translation’ that confused the issue (shame on me – for falling into a lexcial gap). I liked the piece of writing that [S.A.] produced, based on the Tagore translation, would have been a more accurate way of expressing it. I couldn’t and shouldn’t judge it as a translation of Tagore’s original, not knowing Bengali, but I can judge is as a piece of writing in English, and that was all I intended to imply.

How much more did that delectable scrapping about Tagore enlighten readers than the standard Western regurgitations of his poetry’s defects – judged by Western standards?

Even the instructor learnt something, and had the grace to admit as much.

In our next post, we will demonstrate an even better — not remotely scholarly — tack for demystifying part of Tagore’s appeal to discerning readers of Bengali literature.