A better Facebook — or why cooperatives run on the web should work better than the old hippie kind (republished 16.11.2017)

[ An unknown tamperer was responsible for the broken Google link to this, one of our most popular posts, first published on Valentine’s Day 2012 — for which we got a ‘Page not found’ message a few minutes ago. It is still topical and worth republishing. ] 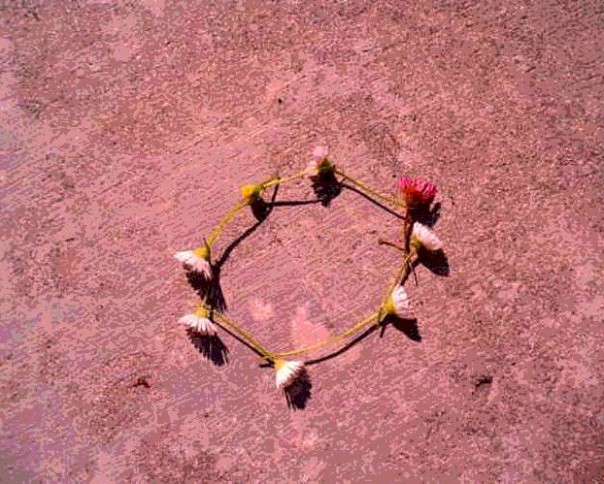 ‘Sometimes it lasts in love, but sometimes it hurts instead.’ When the music suddenly breaks from its expected pattern, our sympathetic nervous system goes on high alert; our hearts race and we start to sweat … [E]motionally intense music releases dopamine in the pleasure and reward centres of the brain, similar to the effects of food, sex and drugs.’

‘Anatomy of a Tear-Jerker,’

Digesting a grisly dissection of the bio-chemical effects of romance set to music in a financial newspaper told me that February the 14th can only become a more diabolical conspiracy between commercial and scientific calculation.

No sooner had I slogged through the neuroscientific perspective on l’amour than I found an email message from Hewlett-Packard offering me a 50 per cent discount on printer ink with the coupon code ‘HPLOVE20’. The promotion was not stingy with fake sentiment: ‘Our adoration for you is lasting – this offer is not.’

And there you have the reasons why post-gutenberg.com would rather dedicate today not to courtship or its consequences but to the perfect potential marriage of means and ends that we have in the World Wide Web — for redesigning the way companies make money from social networking.

The plan for this Alternative Valentine’s Day was inspired by reading Deborah Orr’s thoughtful anti-Facebook protest in The Guardian last week:

“While the US was extolling the virtues of neoliberal corporatism […] Tim Berners-Lee was inventing the world wide web, and gifting it to the planet, for people like Mark Zuckerberg to exploit.”

And to make sure no one had missed the significance of what she said, commenters on her piece underlined its essence:

Not sure how many will realise that what Deborah is saying amounts to this:

(i) Tim Berners-Lee, while working as a research scientist in Geneva, gave us all the World Wide Web for nothing

(iii) Mark Zuckerberg came along and used Tim’s and everyone else’s generosity to everyone else to make a pile for himself.

1 extremely remarkable member of the 1% indeed.

That users are beginning to grasp the dimensions of the Facebook heist – in plain sight and with the full cooperation of its victims – is clear from  newspaper articles elsewhere:

SAN FRANCISCO — By my calculation, Mark Zuckerberg, Facebook’s founder and chief executive, owes me about $50.

Without me, and the other 844,999,999 people poking, liking and sharing on the site, Facebook would look like a scene from the postapocalyptic movie “The Day After Tomorrow”: bleak, desolate and really quite sad. (Or MySpace, if that is easier to imagine.) Facebook surely would never be valued at anything close to $100 billion, which it very well could be in its coming initial public offering.

So all this leaves me with a question: Where’s my cut? I helped build this thing, too. Facebook laid the foundation of the house and put in the plumbing, but we put up the walls, picked out the furniture, painted and hung photos, and invited everyone over for dinner parties.

Some of Deborah Orr’s commenters – or at least one – thought the remedy for this injustice obvious:

[W]e need to start a movement to turn Facebook into a giant cooperative — in which the users make up the rules, and personal information is not sold to anyone.

Alternatively, …I have heard that a new, improved Mark Zuckerberg wants to be perceived as a force for good in society — and that he is clashing with the strictly business-oriented senior executives in his company over this…. If he’s serious, why not acknowledge that Facebook’s users supply the personal information about themselves that he has exploited to get rich — as Deborah Orr says — and that this is deeply wrong, …and flip ownership of his company over to Facebook’s members?

Lots of us had our first encounters with cooperatives in the 1970s — as places owned and run by early evangelists for whole-grain and organic foods that were hard to find anywhere else. Sometimes, those hairy hippies operated cafés where you could eat earnest, do-gooder sandwiches fringed with medicinal bean sprouts and tasting like specially aged damp sawdust.

Many such organisations disintegrated because of warring and secretive factions that did not always share what they knew; slow communication between members; the logistical difficulties that meeting in person often entailed, and confusion about aims and aspirations.

For cooperatives using these digital thingies we all have now, many of those problems would never arise.  The new tools make it easy for everyone to see the same information, and to spell out goals and policies crisply. And, as the same commenter said.

To run an organisation designed as a cooperative, everyone involved could study complex new information together online, and decide questions at the blinding speed that, … for instance, … The Guardian’s opinion polls work on this very site.

‘the scheme of social organisation which places the means of production of wealth and the distribution of that wealth into the hands of the community.’

That is a dictionary definition (Chambers) of what became a dirty word for many of us, because the idea was so corrupted in its execution. Yes, I mean, socialism.

But that was before this means of communicating and transparent  decision-making was invented.

A hybrid between socialism and capitalism is what we need as a transitional scheme, and you can download a no-holds-barred exchange on that subject here (a free download: see the comments and response to them at the end, if in a hurry): The Keiretsu-Cooperative: a Model for Post-Gutenberg Publishing http://papers.ssrn.com/sol3/papers.cfm?abstract_id=1532173

Well alright, I’ll admit that those comments closely echo sentiments expressed on this blog. They might even have been made by the same tiresome blogger.

Cooperatives sound embarrassingly utopian. But they are the finest examples of socialism in action that we have. An earlier entry in this spot quoted an authority on the subject saying that in the U.S., capitalism’s Mecca, 13 million American already work for these organisations.

Some people react to philosophical nudges in that direction with a silence in which you can almost hear them thinking, ‘But who are you to propose evolutionary possibilities for business?’

Actually, nobody. But Albert Einstein anticipated this little difficulty. In a 1949 essay, ‘Why Socialism?’,  he reached far back into history to analyse people’s reluctance to break out of well-established patterns, noting:

The priests, in control of education, made the class division of society into a permanent institution and created a system of values by which the people were thenceforth, to a large extent unconsciously, guided in their social behavior.

But, as he said in his conclusion,

[W]e should not assume that experts are the only ones who have a right to express themselves on questions affecting the organization of society.

Where is it engraved in stone that Facebook has to be owned by a wealthy 1 per cent enriched by the 99 per cent sharing their private information as unquestioningly as feudal serfs?

2 thoughts on “A better Facebook — or why cooperatives run on the web should work better than the old hippie kind (republished 16.11.2017)”