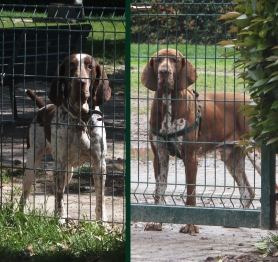 One after another, members of the 4th Estate have been parroting some version of the same frightful cliché – don’t throw out the baby with the bath water! – as they warn Lord Justice Leveson about the risks of imposing any form of regulation on the press.  Google offers roughly 21,200 search results for the terms ‘baby + bathwater + Leveson’.

You might suppose that someone would have the wit to find a new metaphor after this year’s revelations about decades of collusion between politicians and the largest 4th Estate empire by far, the one run by Rupert Murdoch – disclosures that have shown us that the wretched baby is being bathed skinless to divert attention from its reeking, putrid condition.

Last week, in another part of this site, we posted a mention of an important study by a London School of Economics researcher about comment moderation policies on the websites of newspapers. We found it only by accident, on the day we wrote the post. For reasons obvious from five minutes spent reading the study’s findings, no newspaper has given it any publicity whatsoever. We hope that the Leveson Inquiry’s team of investigators has copies of the LSE researcher Sanna Trygg’s paper, ‘Is Comment Free? Ethical, editorial and political problems of moderating online news‘, which underlined in various ways these observations:

In the past, ‘traditional’ or ‘mainstream’ media have been considered as the main public forum for free speech, critique and discussion. Today, readers are also invited to participate in the debate directly online. The main platform for this is the comment field attached to news articles published online.

Comment fields on newspaper websites offer great potential for participation in democratic dialogue. […] It is important to continue to strive for real engagement between people with different viewpoints, even when those views are marginal. The danger remains that people will not learn by having their views challenged.

Readers’ participation is still not a priority in the newspapers organization. [Comment] [m]oderation is being performed on the terms of the newspaper and is a product of a relatively narrow policy. This issue matters if it drives people away from ‘reasonable’ moderated discourse. […] It is a central problem for the creation of a truly networked journalism or Fifth Estate.

Trygg — whose work experience includes a stint as web editor for Skånska Dagbladet, a newspaper in her Swedish homeland — was pessimistic about the likelihood that the Inquiry will address the most vital media-related issue that needs resolving. That is not simply to note the 4th Estate’s replacement by the 5th , but firmly discourage today’s still-dominant print media from suppressing the voices of citizens who disagree with its positions and expose its flaws in newspaper comments sections. She surmised:

At present it does not seem likely that Leveson will deal with news website moderation directly, but surely it should be considered in any investigation into newspaper editorial practices and their contribution to British public life?

As we keep saying here, there is only one widely circulated print publication in Britain writing ‘without fear or favour,’ the way a real newspaper should – and as only bloggers and other unmediated writers publishing on the net do. In late June, Private Eye supplied a detailed contradiction of misleading testimony by David Cameron at the Leveson hearings that the rest of the 4th Estate either ignored or mentioned glancingly.

The Eye’s evisceration of that testimony referred to Jeremy Hunt, a culture-minister-in-waiting who in 2010 had boosted his party’s chances of winning the election by securing the support of Rupert Murdoch’s Sun – through spouting, like a ventriloquist’s dummy, all the positions on media policy that Rupert’s son James had outlined a few days earlier in delivering the annual, high-profile MacTaggart lecture at the Edinburgh International Television Festival.

“THERE was no overt deal for support, there was no covert deal, there were no nods and winks,” David Cameron told Leveson, dismissing the suggestion that the Tories agreed to back the Murdochs’ commercial interests in return for the support of the Sun before the 2010 general election. Hmm…

As the Eye pointed out before Cameron gave his evidence, there was, however, an uncanny resemblance between James Murdoch’s MacTaggart Lecture on 28 August 2009 and an article that the then shadow culture secretary Jeremy Hunt wrote in the Sun three weeks later on 19 September – just before the paper switched its support to the Tories.

In the MacTaggart, Murdoch complained about a “land grab” by the BBC, claiming that “the scale and scope of its current activities and future ambitions is chilling”. Hunt echoed that in his Sun article, warning that “something is going wrong at the broadcaster”.

Murdoch declared: “Rather than concentrating on areas where the market is not delivering, the BBC seeks to compete head-on for audiences with commercial providers.” Or, as Hunt wrote three weeks later: “The BBC needs to focus on what it does best – great family entertainment and programmes the market will not provide.”

Murdoch’s fury extended to the BBC Trust. “You need deep pockets, sheer bloody-mindedness and an army of lawyers just to make the BBC Trust sit up and pay attention,” he fumed. Hunt promptly “pledged to replace” the BBC Trust “with a truly independent body”.

Perish the thought that any of this might amount to evidence of a mating dance between the Tories and the Murdochs.

We hope that the Leveson Inquiry will do all it can to ease the way for more media of every sort to fill crucial gaps in mainstream reporting as only the Eye does, at present.

Appearing before the Inquiry last Tuesday, Lord Hunt (no relation to Jeremy), the present head of the press-run Press Complaints Commission all but universally acknowledged to have failed at the job of self-policing, failed to melt Lord Justice Leveson’s heart when he begged for a second chance for his organisation. Every month brings fresh evidence of the hopelessness of any claim that the press is capable of regulating itself.

Two such scraps on our minds at post-Gutenberg today:

• Last summer, even with the whole world transfixed by emerging details about phone hacking by Murdoch’s minions, the media tycoon announced his intention of mucking out his corporation’s stable with an internal investigation that struck critics as woefully unconvincing. It was led by Joel Klein, a New York lawyer and education expert, freshly hired by News Corp.. The New York Times noted earlier this year:

Shareholder groups have expressed concerns about Mr. Klein’s independence in leading the investigation. His compensation package at News Corporation was more than $4.5 million last year, according to company filings with the Securities and Exchange Commission.

“His salary was a huge bump, so he’s clearly beholden to Murdoch and should not be running an internal investigation,” said Michael Pryce-Jones, a spokesman for the CtW Investment Group, a shareholder advocacy group based in Washington that works with pension funds for large labor unions.

Last month, Joel Klein handed over that smelly job for a head groom to another senior News Corp executive – but that was someone hired at his behest, and his having been entrusted at all with the sanitising task did not inspire confidence in the likelihood that Britain’s heftiest media conglomerate is capable of putting the public interest above considerations of narrow commercial advantage.

• Newspapers ignore complaints about the suppression of citizens’ comments about their policies and behaviour  — even censoring, with peerless irony, a post about an opinion piece by the chief executive of Index on Censorship, a British watchdog group chiefly concerned with spotlighting censorship outside Britain.

One reason for starting this post-Gutenberg blog last September was to draw attention to comments censored by newspapers. Obviously thinking on closely parallel lines, Sanna Trygg suggested in her paper, published in January:

[W]e would argue that in the long run it is worth newspapers continuing to push for more transparent moderation … For example, would it be worthwhile making records of deleted comments public? Since no publicly available records exists, all we know is that comments are being deleted, but not which ones and why.

The latest tactic by old print media worthies determined to neutralise the Leveson Inquiry is to claim that neither the presiding judge nor any of the lawyers assisting him – all educated at élite institutions — are capable of looking after the interests of ‘Joe Public,’ since none of them are part of the tabloid-reading majority of customers for Britain’s newspapers.

This will be seen as a particularly ill-judged attempt to ensure the unchallenged reign of the 4th Estate if the Inquiry acts on what Lord Justice Leveson plainly understands well, which is that ordinary citizens are best served by any newspaper that gives its readers a chance to freely express their opinions.

A source quoted by Sanna Trygg encapsulated why this is exactly what members of the public need:

Research by the Swedish survey Institute Sifo in 2011, showed that workers, unemployed and less educated people think that reader comments in themselves are more important than civil servants, self-­‐employed, private employees and highly skilled:

“A qualified guess is that people with higher education and status in society feel that they already have the opportunity to be heard. For people with lower status are comment fields however, an important platform to make their voices heard.”  Sofia Mirjamsdotter (Swedish journalist, blogger and social media expert.)