Will Leveson end blessing press partisanship and slamming the brakes on the rise of new media and the 5th Estate? 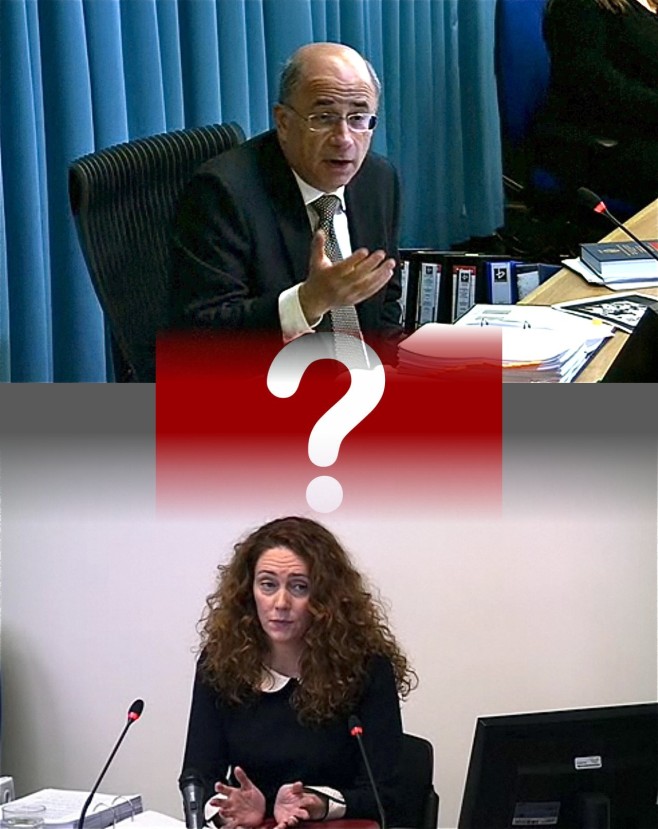 Why is this blog keeping a close eye on the progress of the Leveson Inquiry? Not because of minutiae about Rupert Murdoch and his henchwoman Rebekah Brooks jumping in and out of bed with British prime ministers, metaphorically speaking – as important as those shenanigans are to grasping the extent to which the governing of Britian has been infested by parasitical media magnates.

Under his Inquiry’s terms of reference, Lord Justice Leveson will have to make recommendations about the future of press regulation in Britain. These are bound to influence the debate about policy in other parts of the world. The expectation about the effect of his prescriptions that we at post-Gutenberg find most exciting is in this advice the judge has received:

…[I]f you do get the regulatory framework right for print journalism, I think that will have a profound effect on the way the Internet develops. […] What I think is happening is that we’re going to end up in a position where there has to be a redefinition essentially of what a journalist is.  … [I]t would be absurd to expect you to have regulation for every single person who is on Facebook and Twitter because then you’re not far off from saying we have to regulate the content of text messaging and so forth. […] So I think there has to be a definition of what a journalist is, what a media organisation is, and [though] this is where I have some sympathy for the print industry, it’s not just about the print industry.

That was part of yesterday’s testimony by Alastair Campbell, the much-reviled political strategist and press adviser to Tony Blair. Further justifying this blog’s praise for his contribution at an earlier hearing a few months ago,  Campbell has proved to be incontestably the clearest and best-informed thinker among those assisting the Inquiry.

Lord Justice Leveson’s obvious grasp of the most subtle aspects of what Campbell told him was particularly welcome after undercurrents at last week’s hearings suggested that perhaps David Cameron’s government – even though it commissioned this Inquiry – had been warning the judiciary, off-stage, about excessive zealousness.

The presiding judge’s unfailing good humour had up to then been as striking as his scrupulously fair treatment of all witnesses. But a newspaper quoted him as having said, last Thursday, with unprecedented irritability, that he was impatient to reach the end of the hearings and get back to ‘productive judicial work’. As this followed his rejection, the week before, of the government’s request for privileged ‘core participant’ status in the proceedings, it seems most likely that friction between the executive and judicial overseers of our democracy played some part in darkening his mood.

There were other apparent reactions to unpleasant, behind-the-scenes manoeuvring – as in the somewhat tortured and meandering summing-up by the chief interrogator, Counsel Robert Jay, of the chief issues raised by the hearings. Formally addressing the Lord Chief Justice, he delivered a sort of pre-mastication of findings from witness testimony to date. In this, he partly echoed quixotic attempts by the media to justify a partisan press – of which the most bizarre has been an argument offered by The Economist, dissected in an earlier post on this blog.

‘The fearlessness and vibrancy of our press is something of which we should be enormously proud,’ Counsel Jay, usually a model of calm rationality, said in a rare rhetorical passage. He also said:

Newspapers are entitled to be partisan in a democracy, to campaign in favour of causes, policies and political parties; and were the State to legislate otherwise that would be undemocratic, as well as, under our current settlement, an abrogation of human rights.

This paean clashed with his clear understanding – obvious from his thinly veiled outrage, in one interrogation after another – of the damage done by partisanship.  On Friday, grilling Rebekah Brooks, the former chief executive of News International, he sought to underline that the payoff for newspapers, for pushing the agenda of their chosen political parties, is the ability to influence policy — and that this seriously undermines democracy. A New York Times report spotlighted his repeated insistence to Brooks that

Post-Gutenberg wondered, watching a video feed from Leveson:  since when has the concept of press partisanship been warped by being treated as an essential component of press freedom?  Not everyone is taken in by this Orwellian obfuscation. Gus O’Donnell – a Whitehall mandarin who has served three governments as cabinet secretary —  testified just before Alastair Campbell yesterday. In his written statement submitted to the Inquiry in advance, he said unequivocally,

Newspapers can and do actively support political parties, meaning it can be difficult to obtain objective information from them …

… then, in his live testimony, added:

… [I]t’s in their strong interests for politicians to talk to newspaper editors and proprietors to try and explain their policies, try and explain why that newspaper should support them.  That’s been going on and continues to go on and that’s the structure we have.  And as long as you have newspapers which are allowed to strongly support and come out very overtly in favour of political parties, that relationship is going to continue.

Where I would like to see a change, perhaps, is […] if you contrast the newspapers, say, in the United States with the United Kingdom, you’ll find in the United States newspapers in general tend to separate out opinion and news much more.  So you’ll get a page of opinion, which basically says, “We strongly     support this politician or this set of policies”, in a very kind of almost propaganda-ish way, and then you’ll get the news columns, which tend to be pretty straight.

I think if you looked at our newspapers, where they differ is that you’ll find that you get all the opinion in the same way but in the news stories. [my ital.]

… Why is the press so desperate to convince us that media partisanship is a good thing? Because, if the public approves of the press siding with particular political leaders and parties — instead of preferring press impartiality,  as it actually does, at present — the 4th Estate can continue to assume king-making powers.

Politicians will continue to put themselves at the beck and call of newspaper proprietors and editors in the hope of winning their nominations in elections. As Campbell pointed out yesterday, Murdoch’s is not the only press fiefdom involved in what O’Donnell characterised earlier in the day as ‘a co-dependent relationship between politicians and the media’.

Because Murdoch’s the biggest figure and because the phone hacking has led to this Inquiry, there’s been a huge amount of focus on him, but this goes right across the media panoply.  I mean, I was in charge of Tony Blair’s  media operation and we had strategies for all of these papers and we had approaches out to all of these papers.

Let us hope that Lord Justice Leveson, when he sits down to write his report, proposes a regulatory framework that puts an end to the toxic mutual manipulation that goes with press partisanship. Let us hope that he can resist the huge pressure being brought to bear on him to stop citizen journalists and other outsiders from breaking up the exclusionary symbiosis of old media and government.

One thoughtful witness after another has recommended greater transparency and accountability in press dealings with the government and politicians. Excellent and essential ideas, yes. But the Lord Justice should, in addition, do all he can to let the new technologies at our disposal open the way to many more disseminators of facts, and to challengers of media warping or omitting inconvenient facts.

New voices must be heard from – in whatever framework he advocates — on equal terms with today’s media powerhouses, even as the lights dim in these institutions, and they bow before the force of the onrushing 5th Estate.