The lost wisdom of co-ops: a conversation about the key to future creative freedom for artists and inventors of every stripe 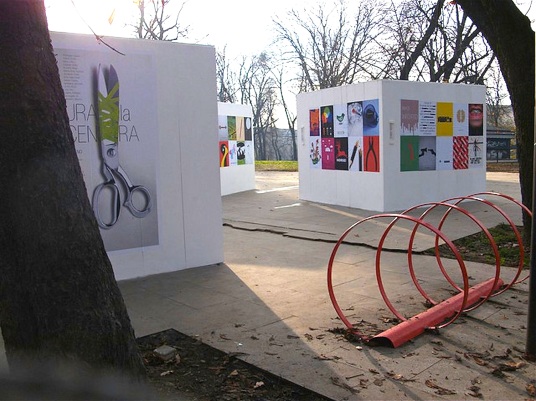 All artists now want to work on terms they co-determine.
Photograph by MIL22.

Post-Gutenberg will occasionally be letting visitors eavesdrop on discussions between our colleagues – starting with the pseudonymous and gender-free Escargot and Mustrun, who are not quite ready to divulge any personal details, except in warning about their tendency to be over-earnest, humourless, and on occasion, dull. Not the best qualifications for bloggers, we agree, but we make do with what we have – or rather, who.

Mustrun: I see that on Sunday we linked to The Observer — to a sharp John Naughton column about the Facebook hype falling flat on Wall Street. Someone here dropped into a comment there a link to our Valentine’s Day post about snubbing Facebook and re-inventing social networking sites as co-ops.

Escargot: So that’s why our traffic numbers have gone zooming into outer space. We’re not used to thundering herds of visitors shattering the monastic silence in these parts.

Mustrun: Right. Co-op promoters are the slave trade-killers of tomorrow.

Escargot: Trying to be aphoristic again, are we? Don’t. That one’s as clear as mud.

Mustrun: Just saying. All the clever people were sure for over two millennia that slavery would always be with us. Anyone trying to abolish it was written off as a lunatic or idealistic fool.

Escargot: Oh. Quite. Last week that lovely Leveson Inquiry judge, more owly than we are, was asking eminent witnesses to suggest how to make the British press behave in the future, and be less hopeless at holding politicians to account. No one mentioned redesigning media organisations as co-ops, but it’s surely a solution whose day has come. Not to mention dead relevant.

Mustrun: You’re thinking of the Harvard journalism lab experiment? Something to do with an Indian tree that looks like a multi-limbed goddess on steroids?

Escargot: The Banyan Project, yes. It’s been building a prototype for doing online journalism as a cooperative enterprise, focusing on local news. The man behind it, Tom Stites, has exactly the right idea. We’ve quoted him on post-Gutenberg before.

Mustrun: We have? Well, you know me. Any subject not mentioned in a post header, or that I didn’t write about myself, does not register.

Escargot: [sighing inaudibly] So as usual, you want me to urp up what he said, to fill you in?

Mustrun: Leopard, spots; all in the hard-wiring – yes? … If you would, please, Scargo.

Escargot: [reads through imperceptibly gritted teeth] ‘A significant source of co-ops’ strength is the trustworthiness inherent in their democratic and accountable structure. … This is also an era of rampant mistrust of journalism, so co-op news sites’ trustworthiness has the potential to add value to what they publish. Further, the co-op form allows, or rather demands, that news coverage decisions arise from what a community’s people need … The web is inherently collaborative — just as co-ops are — and at the local level this creates the potential for civic synergy — ’.

Mustrun: Translation: co-ops and the internet were made for each other. Spot-on, in that long-winded Murrican way. He might add that it’s strange but true that large parts of the internet sit on top of ‘peer-to-peer computing’. But this Justice Leveson, … how is he supposed to go from applauding a fine example like Banyan – assuming he does any such thing – to persuading the media to try out co-ops? He’s hardly going to order them to alter what we’re supposed to call their ‘business model’.

Escargot: Right. Britain is not a dictatorship. But he might recommend that the government offer old or new media organisations tax breaks for setting up co-ops – in the oldies’ case, by reinventing themselves, or parts of their operations, as co-operative outfits.

Mustrun: You think journos would sign on? Remember that the majority so detest the idea of any change that they can’t even bring themselves to report that Nick Davies — the journo hero of the phone hacking saga — told Leveson that the press cannot be trusted to regulate itself.

Escargot: Mmmm. Some of them will sign on, certainly. More will as the idea loses its strangeness, I suspect. There are editors and journalists who’d leap at the chance co-ops could give them to set rules and policies collaboratively. Mainly, I suspect, the craft-focused ones — hoping, like artists and writers everywhere, that this net revolution really will get rid of hierarchies and gatekeepers.

You saw the Tom Friedman column celebrating some of that on the New York Times site yesterday — yes?… But then of course, many journos live not so much for the craft as for the clubbiness in the profession. And sort of think of themselves as football teams – the women just as much as the men.

Mustrun: Clipped Friedman for skimming, later. Journos are petrified of more democratic media organisations, especially of any plan that involves making room for outsiders — for more varied contributors and voices. I’m always asked the same nervous-Nellie question about posts on here like ‘Co-owning media is on the horizon …’. It’s this: will working in a media co-op mean that trained journalists get paid the same as bloggers and citizen-journalists?

Escargot: Oh, I’m asked that. All the time. No matter how many times we explain that the way a co-op works will depend on the particular set of rules its owner-members agree on, the journos and media managers revert to projecting their most paranoid fears onto any mention of  co-operatives.

Mustrun: Someone ought to re-publish that superb Tom Lester article about co-ops in the disintegrating copy of Management Today you once disinterred from our archive. It’d make a terrific contribution to the new e-publishing collections of long-form journalism – with an introduction setting it in context, of course, and updated facts. Remind me of the year it was published?

Escargot: Imagine you proposing anything in long form, Musto. The owner of the world’s most attenuated attention span. The Lester piece — the cover date for the magazine says February 1979 — deserves every last gram of your praise.

Mustrun: Even text-grazers like me have to stop for a real meal, now and then. What he pulled off in that article is amazing. His subject was the failure of the Kirkby Co-operative in a depressed manufacturing town near Liverpool. Yet by the end of his dissection of how Kirkby was done in by badly-designed rules, you somehow feel hugely optimistic about a well-designed co-op’s chances of succeeding.

Escargot: Yes, yes, and yes. The piece partly answers the question of how journalists might be paid in relation to bloggers – not that we existed, then — by explaining the rules for profit-sharing in one of the world’s biggest and most brilliant co-ops. Mondragon, in the Basque country of northern Spain.

Mustrun: ‘Mondragon’ sounds like something in Lord of the Rings. Lester uses its exotic history — it was started by a Catholic priest in the desperate aftermath of the Spanish Civil War — to create a riveting context for a step-by-explanation of exactly how an individual could join a co-op and help run it.

Escargot: [ swipes over to scanned copy of the article in a tablet computer ] The ratios may have changed, but in 1979, Lester said that at least 30 per cent of a Mondragon co-op’s profits had to be put away in the collective reserve funds. Then, ‘the other 70 per cent is divided up among the members of the co-op according to a points system reflecting job status.’ … And of course, every member could help to decide the status of one job in relation to another.

Mustrun: But in addition to practical, nitty-gritty details like that, he tells about some of the lunacy that seemed to go hand-in-hand with the passionate idealism behind co-ops of the past.

Escargot: Mmmm. ‘No shortage of idealism,’ he says about Mondragon, ‘…but mixed with hard-headed realism.’

Mustrun: Yes, but noisy idealism has been the biggest enemy of co-ops. Makes sensible people mistrustful.

Escargot: Quite. If only people who believe in them and have the right skills – extroverts, unlike us – would just get on with setting them up with no fuss. The way, for instance, Tim Berners-Lee quietly invented this World Wide Web. What could be more idealistic than a way of communicating as powerful as this one, connecting the whole planet –  but given away, free? A scientist silently beavers away in a lab in Geneva and without any self-advertisement, no speechifying whatsoever, changes the world.

Escargot: Right. Off you go, then.