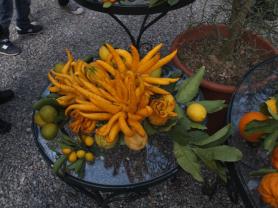 In hindsight, Updike’s is one of the strangest sour predictions
– photograph by MIL22

Loathing and resentment of the e-future can even throw off a mind as sharp and capacious as the late John Updike’s.

Martin Amis, writing in 1991, described the great novelist – one of the most astute observers of American life — as ‘a master of all trades, able to crank himself up to Ph.D. level on any subject he fancies: architecture, typography, cave painting, computers, evolution (“asteroidal or cometary causation” set against “punctuated equilibrium”) and Gospel scholarship …’.

But Updike never waxed more bilious than on e-publishing and the internet. His judgment about their effects was at least as warped as that of a few other worthies, pontificating on the most recent twist in the privacy debate – a subject to which we hope to return in our next post. In the meanwhile, here is the masterly wordsmith’s prognostication, reproduced for the pleasure of quoting someone who was never so elegantly and profoundly mistaken:

Millions find bliss of sorts in losing themselves in the vastness of the Internet, a phantom electronic creation which sublimates the bulky, dust-gathering contents of librarians and supermarkets into something impalpable and instantaneous. The Web is conjured like the genie of legend with a few strokes of the fingers, opening, with a phrase or two, a labyrinth littered with trash and pitted with chat rooms, wherein communication is antiseptically cleansed of all the germs and awkwardness of even the most mannerly transaction with another flesh-and-blood human being.

A mass retreat into richly populated privacy has occurred before: in the acts of reading and going to the movies. Excitement lay in both for my generation … I have yet to be persuaded that the information revolution, so-called, is anything but an exercise in reading and writing wherein evanescent and odorless PC screens take the place of durable, faintly fragrant paper and ink.