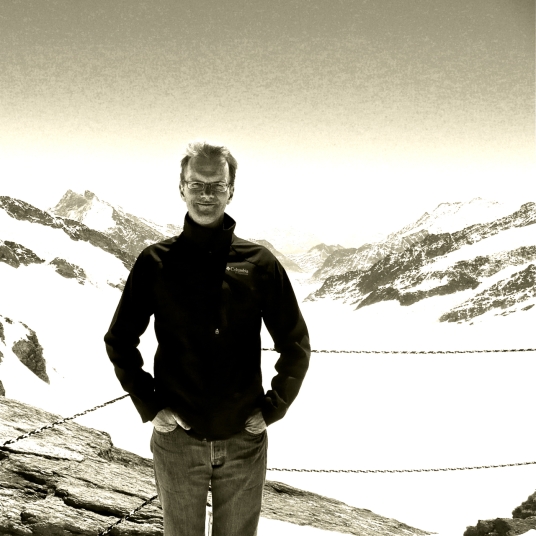 Naked hiking is alarmingly popular, even in winter … Public nudity is not a trauma in Switzerland. Many Swiss bathing areas have FKK (Freikörper-kultur or free body culture; that is, nudist) sections … It’s still not on the German scale, where you never know when the next naked person might appear. Have a picnic in the wrong section of Munich’s English Garden and you’ll never eat another Scotch egg.

Swiss Watching: Inside the Land of Milk and Money, Diccon Bewes, (2010)

The dispenser of advice on hazardous unclothing, Diccon Bewes, has written the wittiest, most elegantly informative and indispensable manual on today’s Switzerland for English-speaking foreigners. His whirling outline of Swiss history at the start of his book is spliced into an account of a winding walk chosen for historical associations, which gives a reader mnemonic imagery for its highlights. Bewes knows better than to frighten the Swiss, restraining what the glowing review in the Zurich paper Tages-Anzeiger called ‘typically black English humour.’

Yet encoded in his skipping prose is the style of such unforgettable thought-capsules, in 1066 and All That — the unsurpassed (1930) parody of history text-books – as, ‘[King] Alfred noticed that the Danes had very long ships, so he built a great many more much longer ones, thus cleverly founding the British Navy.’ This is specially admirable in a practical guide so astute at gauging what outsiders need to know to survive in a place where English is missing even from multilingual train announcements and museum placards, that every new visitor touching down on a Swiss tarmac could use a Bewes-on-CH (Confoederatio Helvetica) mobile app spun off from Swiss Watching.

Our overview of the visible talents of Diccon Bewes is not offered from any interest in boosting Swiss tourism, or encouraging expatriation to the Alps. He has caught our attention for an entirely unrelated reason. What we outside CH most need from him is a detailed, step-by-step education by an insider in how the Swiss make extreme democracy work, or what Beppe Grillo and the Occupy movements must do to realise their dreams. Specifically, it is media of the Gutenberg era baffled by — and resisting the transition to — post-Gutenberg inclusiveness who most need his assistance. As we have said before –

Techno-optimists are sure that our egalitarian internet that brought you to this blog will flatten power structures in organisations, both online and offline, and usher in an age of extreme democracy. Cynics say that they are wrong. Whisper to them tentatively about, for instance, reorganising the media to make readers and viewers part-owners and managers, and they will roar at you, “Ridiculous! Disastrous! It could never work!’

You must then reply in calming tones, ‘True, if you do it like California, but not if you copy Switzerland.’

So, how exactly do you copy CH? Few English-speakers have either Bewes’s hands-on experience of working with Swiss colleagues inside Switzerland – his home for the last eight years – or gift for cross-cultural explanation, backed by a degree in International Relations from the London School of Economics.

What would make his counsel particularly valuable to future-focused media people is his experience as the English-language specialist on the five-man Publikumsrat or Public Council of Swissinfo.ch – the internet adjunct of the Swiss Broadcasting Corporation (SBC) founded in 1999 that specialises in news about, and of special interest to the Swiss, and crisply-written features that illuminate foreigners. All this, every day, is translated into ten languages.

The style of government that makes Switzerland the world’s most democratic democracy is replicated in organisations of every size and kind in CH – including its many businesses run as cooperatives, two of which make the list of the world’s top twenty-five in sales.

The Publikumsrat gives Swissinfo’s editors and journalists detailed feedback on their choice of subjects as well as on the way these are tackled. It makes suggestions for new topics. It also defends Swissinfo from its detractors.  More than once, in the last ten years, it has led  campaigns to protect it from accountants wielding budget-slashing axes – inspiring ‘Save Swissinfo!’ petitions from as far away as New South Wales, in Australia.

Post-Gutenberg has been browsing on the Swissinfo site for three years. The experience of reading there has been hugely surprising – nothing like the teasing love-letter to CH that Swiss Watching’s tone suggests, but equipping Swiss-bashers with ammunition. Its coverage of the most embarrassing, even humiliating, topics for the Swiss is frank enough to suggest that, more than a mere pastime, nude hiking in glacial cold could be a metaphor for … well, the naked honesty in the conversational style of the Schweizerdeutsch, the German-speaking Swiss who dominate the population. In our experience, they express themselves freely and with graphic precision on almost any subject, even chatting to strangers (unless these are identified as journalists, a reviled profession in CH), as long as they respect basic standards for civility and friendliness.

Part of the reason why Swissinfo’s coverage of topics is startlingly direct is that there is no room for subtle and idiomatic expression in any text that has to scan as well, in the language of its composition, as in its Portuguese, Chinese and Russian versions. Of course, this is also true of the work of the BBC World Service – but the unflinching Schweizer style does seem to make for extra-bluntness.

Readers of this blog can wander over to Swissinfo.ch and see for themselves. We have been stunned by some reports there on the Nazi Gold scandal – in part of which Swiss banks were accused of conspiring to deny descendants of Holocaust victims access to their families’ Swiss bank accounts, or about academic studies blaming lax gun control policies for Switzerland ranking, with America, at the top of the statistics for gun-related suicides. Far from any cover-up, there is a relentless succession of articles quoting critics of gun ownership. This is especially brave in a country in which every referendum on the subject shows the Swiss refusing to be weaned off weapons ownership. (We cannot conceive of a cowardly Swissinfo blackout of news about press reform, if this had the attention of Swiss government leaders.)

Forthrightness – and audience involvement, through the Publikumusrat — could make Swissinfo a model for news coverage in the UK and US, where, as one poll after another shows, public trust in the media has never been lower.

Until recently, the point of having Swissinfo was to help Swiss nationals living abroad stay sufficiently well-informed to make the best possible decisions when they vote remotely in referendums and elections. This part of its charter is no longer as important as demystifying Switzerland for foreigners, because free online editions of so many Swiss newspapers give Swiss expatriates the facts they need.

But doing a good job of serving Swiss voters abroad meant that the information the site supplied had to be politically neutral, or carefully balanced across the spectrum of political opinions. That this approach has not changed, even after Swissinfo’s staff and budget were each cut back last year by roughly a third, only adds to the attractions of the site – since, as this blog has underlined in the past, the reading public prefers to be served news undistorted by politics.

The British press ignores this preference. Both during and since the Leveson hearings on press ethics, one editor after another insisted – invoking  time-hallowed tradition as frantically as the Catholic Church fighting for respect, in recent weeks —  that political slanting has always been part of its lifeblood.

Though mockers of the Occupy movements keep insisting that extreme democracy could never be either practical or realistic, Switzerland, the über-democracy, is proof to the contrary. With its tiny population of not quite 8 million, CH can boast of being not just one of the world’s richest countries but the one at the very top of economists’ table for individual wealth – per (adult) capita.

Here is some food for meditation from Swiss Watching’s chapter titled ‘Ask the audience’:

Walking through the centre of Bern means running the gauntlet of clipboard-thrusting pen holders wanting your name. These aren’t charity muggers desperate for your cash … And the papers are not futile petitions that will be delivered to the government without any prospect of anyone taking notice. This is not Britain. This is Switzerland, where the people have power, and they use it. Collecting signatures is the first step towards a referendum, the basic tool of the direct democracy system. Don’t like a government decision? Then collect names to change it. Want to create a new law? Then collect names to initiate it. Hate minarets? Then collect signatures to ban them [ … ]

For outsiders, it’s hard to imagine how a country can function if every law and government action is subject to a government vote. For the Swiss, it’s hard to understand how any country can be run without just that. […] The Swiss people can initiate legislation or destroy it; they can force the government into new policies or reject decisions it’s already made. No one person or party ever has complete control – the people do. Forget China and North Korea; if any country deserves to be called a People’s Republic, it is Switzerland. 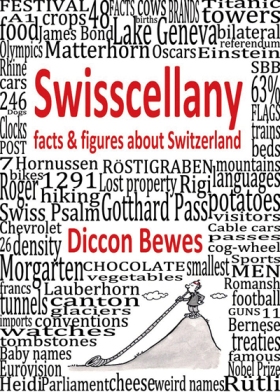