Jottings from revisiting A Distant Mirror, which shows history repeating itself in inchoate populist rage fed by miraculous new channels for communicating 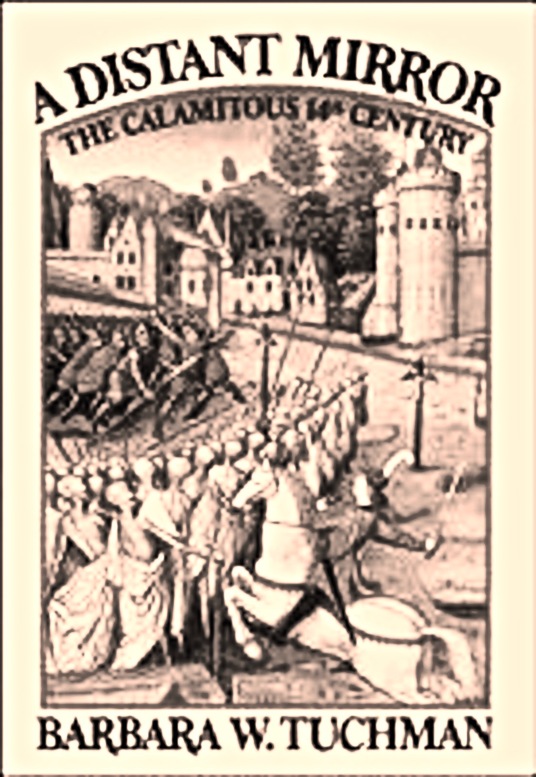 In 1978, the historian Barbara Tuchman published a book that had begun as an investigation into the question of how the Great Plague in medieval Europe had affected the course of history. Though she admits at the start that she never found a satisfactory answer, her book became a bestseller — partly a matter of luck; partly because of her brilliance as a writer; and mostly because of the impression of perfect timing she created through the parallels she drew between the particular era she chose for her focus, and contemporary travails in the world around her.

Four decades later, it is impossible to disagree that our own era would make an even better fit for A Distant Mirror: the Calamitous 14th Century. The subtitle is misleading: her history does not colour strictly between the lines of the 1300s. It is — more broadly — about the Dark Ages becoming the prologue to the glorious Renaissance. The internet had yet to be born in the 1970s, which had no technological equivalent of the Gutenberg printing press. Here is a partial list of the parallels for the second decade of our century that we have been scribbling at random, as we read — of transformative forces acting synergistically in what Tuchman called ‘a violent, tormented, bewildered, suffering and disintegrating age, a time, as many thought, of Satan triumphant’. … But, do note the silver lining on the horizon at the end of the final extract:

Extracts from A Distant Mirror: the Calamitous 14th Century:

Multiple copying of manuscripts was no longer the monopoly of lonely monks in their cells but the occupation of professional scribes who had their own guilds. Licensed by the University of Paris, supposedly to ensure accurate texts, the scribes were the agony of living authors, who complained bitterly of the copyists’ delays and errors …

The rise of a bourgeois audience in the 14th century, and the increased manufacture of paper created a reading public wider than the nobles who had known literature from recitation or reading aloud in their castle halls. The mercantile class, familiar by reason of its occupation with reading and writing, was ready to read books of all sorts: verse, history, romance, travel, bawdy tales, allegories, and religious works. Possession of books had become the mark of a cultivated man.

The times were not static. Loss of confidence in the guarantors of order opened the way to demands for change …The oppressed were no longer enduring but rebelling, although, like the bourgeois who tried to compel reform, they were inadequate, unready, and unequipped for the task … [E]very working-class insurrection was crushed.

Yet change, as always, was taking place. […] Seaborne enterprise, liberated by the compass, was reaching toward the voyages of discovery that were to burst the confines of Europe and find the New World. Literature from Dante to Chaucer was expressing itself in natural languages, ready for the great leap forward into print.

[…] Johan Gutenberg was born … The ills and disorders of the 14th century could not be without consequences. Times were to grow worse over the next fifty-odd years until at some imperceptible moment, by some mysterious chemistry, energies were refreshed, ideas broke out of the mould of the Middle Ages into new realms, and humanity found itself rediscovered.

[I]n 1453-4 the first document printed from movable type was produced by Gutenberg at Mainz, followed in 1456 by the first printed book, the Vulgate Bible. ‘The Gothic sun,’ as Victor Hugo put it with fitting grandiloquence, ‘set behind the gigantic printing press of Mainz.’ The new means of disseminating knowledge and exchange of ideas spread with unmedieval rapidity. Printing presses appeared in Rome, Milan, Florence and Naples within the next decade, and in Paris, Lyons, Bruges and Valencia in the 1470s … The energies of Europe that had once found vent in the crusades were now to find it in voyages, discoveries, and settlements in the New World.

2 thoughts on “Jottings from revisiting A Distant Mirror, which shows history repeating itself in inchoate populist rage fed by miraculous new channels for communicating”