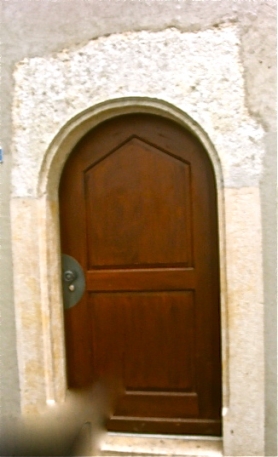 After the horror of thought police, the most terrifying aspect of the society George Orwell anticipates so brilliantly in 1984 is that almost nothing about its regulations or the behaviour of the people running it makes any sense.

Why was The Guardian so unembarrassed by the inconsistency of making such a fuss about being forbidden by Government Communications Headquarters (GCHQ) to publish any more revelations about the extent of UK and US government spying on the public – when this newspaper also shuts down disclosures about and discussion of matters it considers sensitive?

For instance – what? For instance, reader commentary on the Leveson Inquiry into press ethics and conduct. As more than one commenter pointed out, on the same web page as the newspaper’s unconvincing attempt to justify its censorship, Lord Justice Leveson himself had been permitting far more revealing accusations and evidence to be aired at his hearings. 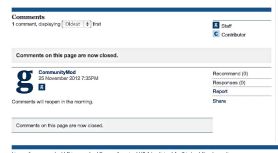 The mood toughened just over a month ago, when I received a phone call from the centre of government telling me: “You’ve had your fun. Now we want the stuff back.” There followed further meetings with shadowy Whitehall figures. The demand was the same: hand the Snowden material back or destroy it. I explained that we could not research and report on this subject if we complied with this request. The man from Whitehall looked mystified. “You’ve had your debate. There’s no need to write any more.”

As a reader identified as ‘Dr. Gabriel Mayer’ on the site of The New York Times pointed out, about the tunnel vision in condemnations of surveillance focused exclusively on the National Security Agency:

What really surprises me is this universal alarm regarding the NSA and a possible sinister utilization of data should something unpredictable and Orwellian take place.

But right now this comment is being monitored by Google and Apple (I am on one of their products) for sure, and probably a few other bloodthirsty corporate entities.

Where are the op-eds about this reality?

Well, Dr. Mayer, how can the newspapers be expected to attack round-the-clock commercial surveillance when they themselves plant spy cookies on our devices every time we read articles on their sites? Looking for a ray of light in this chilling scene, we were pleased, at first, to read a paragraph in David Carr’s Media Equation column in The New York Times last week. He deftly summarised recent leaks by whistle-blowers and other disseminators of vital information outside mainstream journalism:

Because of the leaks and the stories they generated, we have learned that in the name of tracking terrorists, the N.S.A. has been logging phone calls and e-mails for years, recorded the metadata of correspondence between Americans, and in some instances, dived right into the content of e-mails. The WikiLeaks documents revealed that the United States turned a blind eye on the use of torture by our Iraqi allies, and that an airstrike was ordered to cover up the execution of civilians. WikiLeaks also published a video showing a United States Army helicopter opening fire on a group of civilians, including two Reuters journalists.

But then his characterisation of the leakers being punished conveyed an impression of raffish, marginal and faintly unreliable figures:

Perhaps they got what’s coming to them. They knew, or should have known, the risks of revealing information entrusted to them, and decided to proceed. Like almost all whistle-blowers, they are difficult people with complicated motives.

So, too, are the journalists who aid them. It’s not surprising that Julian Assange, the founder of WikiLeaks, who brokered the publishing of Private Manning’s documents, and Glenn Greenwald, the columnist for The Guardian who has led the Snowden revelations, have also come under intense criticism.

But why was there no mention at all, in his column, of possibly the most distinguished leaker of all – a retired four-star general who was vice-chairman of the U.S. Joint Chiefs of Staff? He is generally believed to have been the chief source for the story last year about an American cyber-attack on Iranian nuclear facilities, a report that appeared in … well, The New York Times. A blogger explained:

In the flood of news surrounding Edward Snowden’s revelations about the surveillance operations of the National Security Agency, another equally consequential development in the crisis of the security state has gone largely unnoticed. This is the news that retired general James Cartwright, former vice chair of the Joint Chiefs of Staff, is under investigation by the Justice Department in relation to the leaking of secret information about the 2010 Stuxnet virus attack on Iranian nuclear facilities.

To understand the significance of this, it’s important to observe that, as with the revelations of Edward Snowden and Bradley Manning, this alleged “leak” did not reveal anything that was not known to the enemies of the United States. In all these cases, the leaks only confirmed what any member of the general public who had bothered to follow the story could reasonably infer.

A New York Times article from June 2012, which allegedly relied on leaks from Cartwright, revealed that Stuxnet was part of a U.S. program initiated by the Bush administration and carried on under Obama.